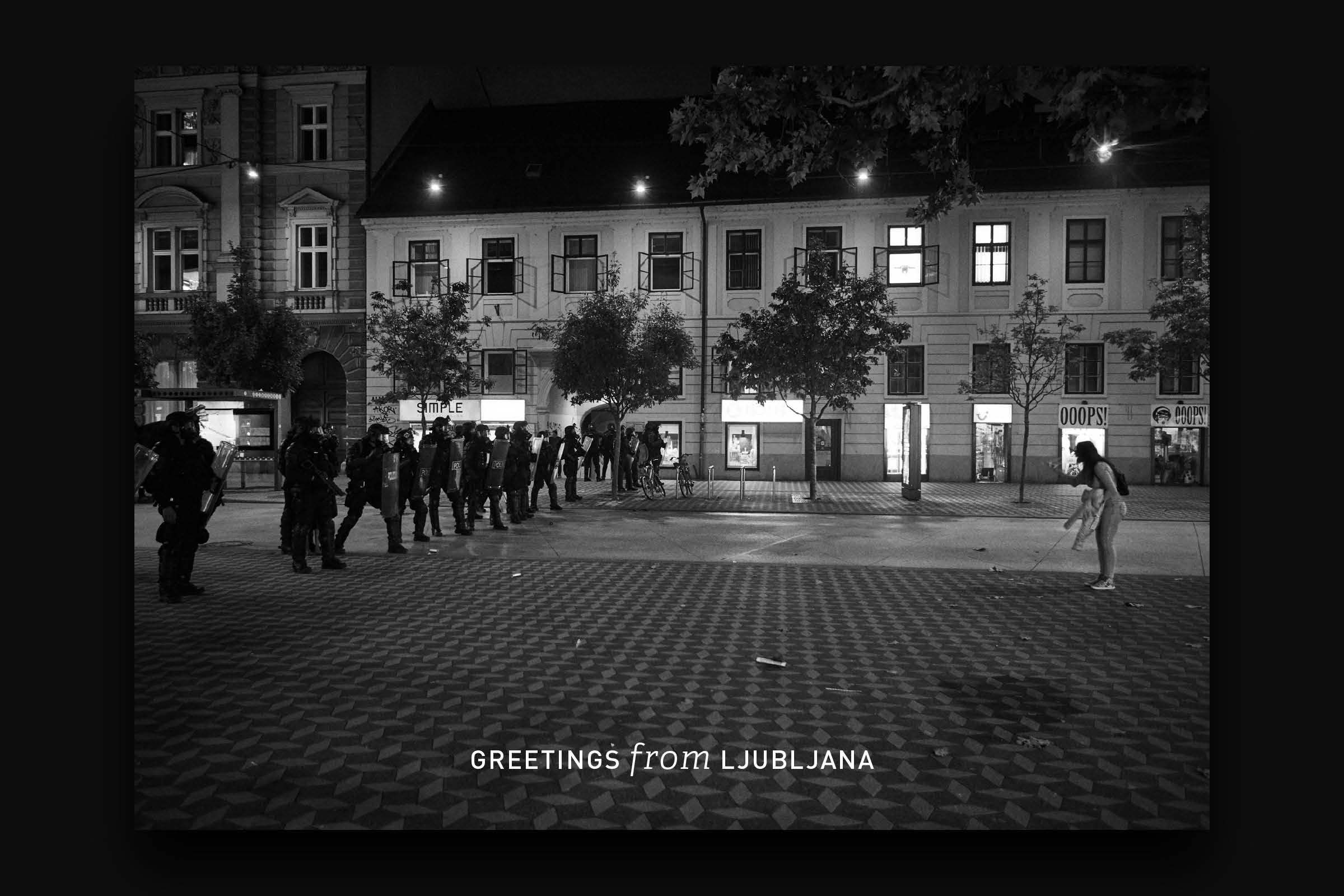 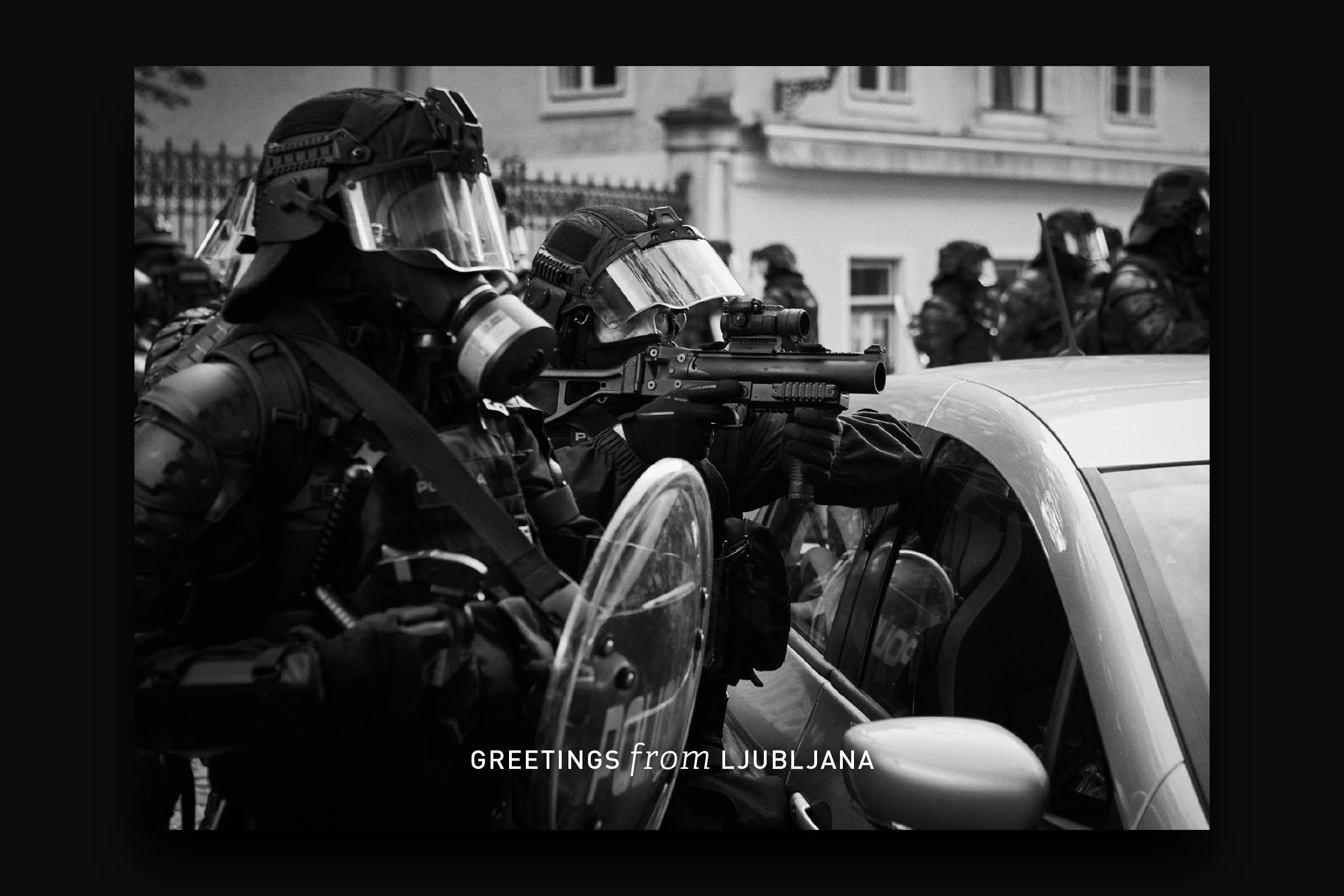 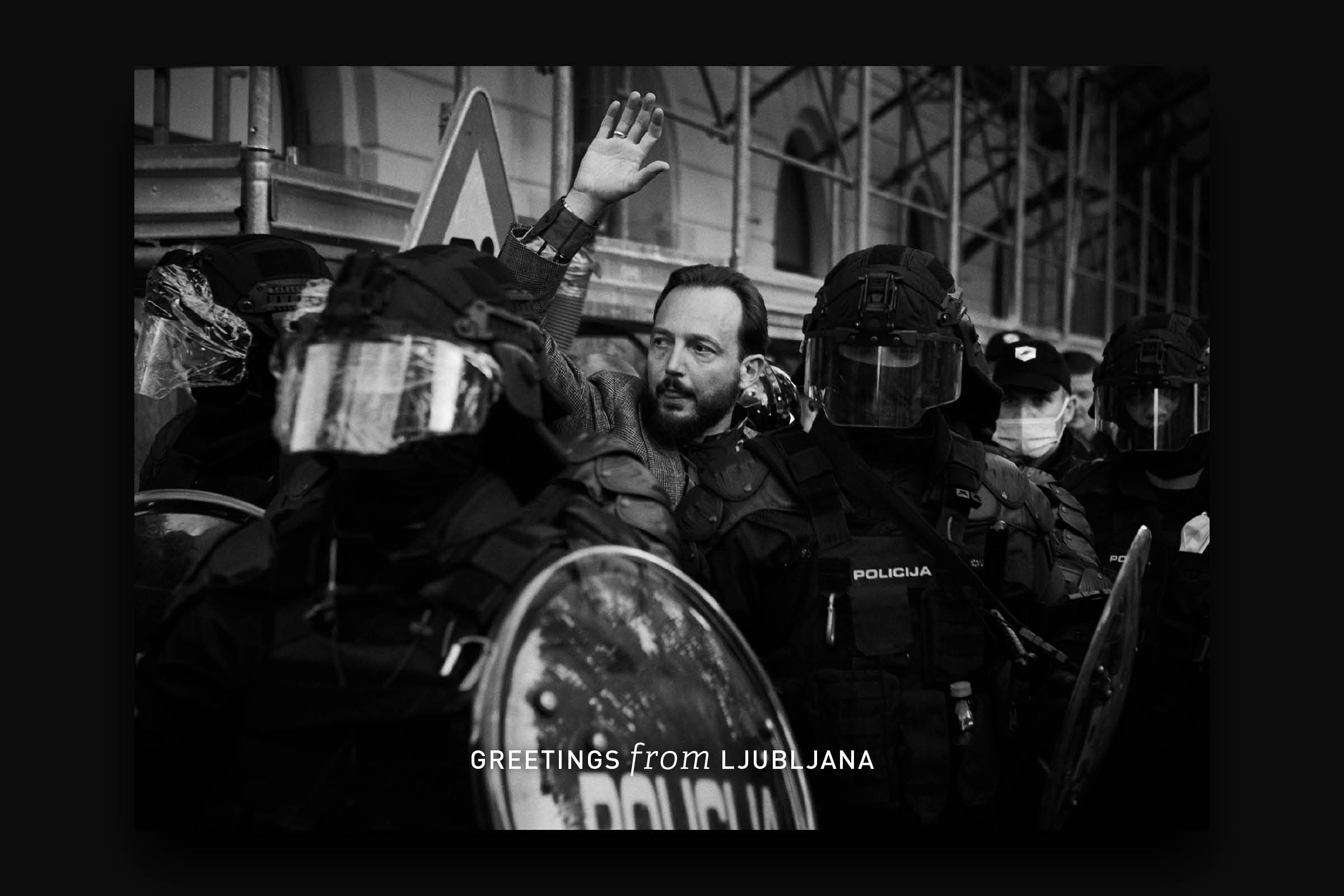 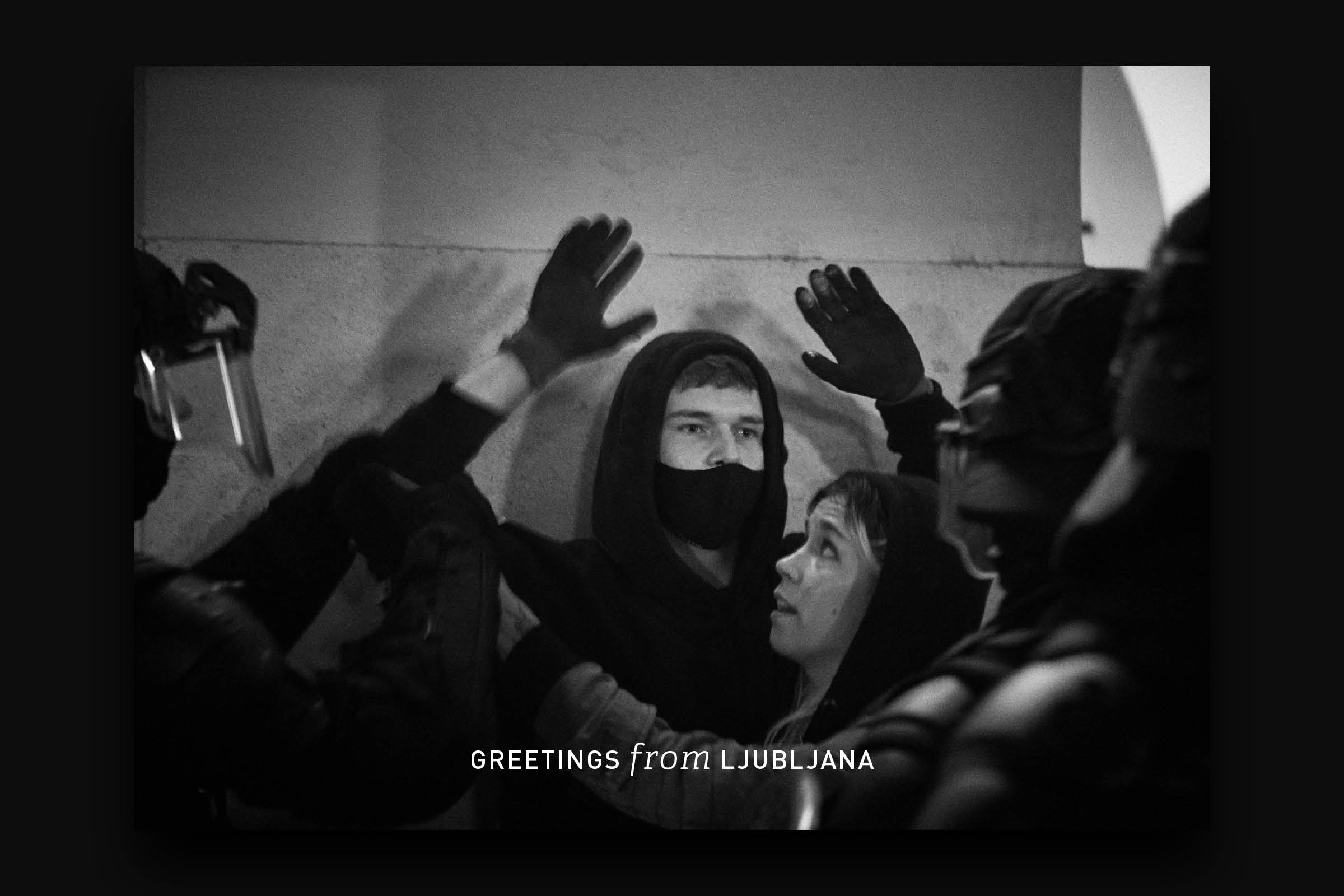 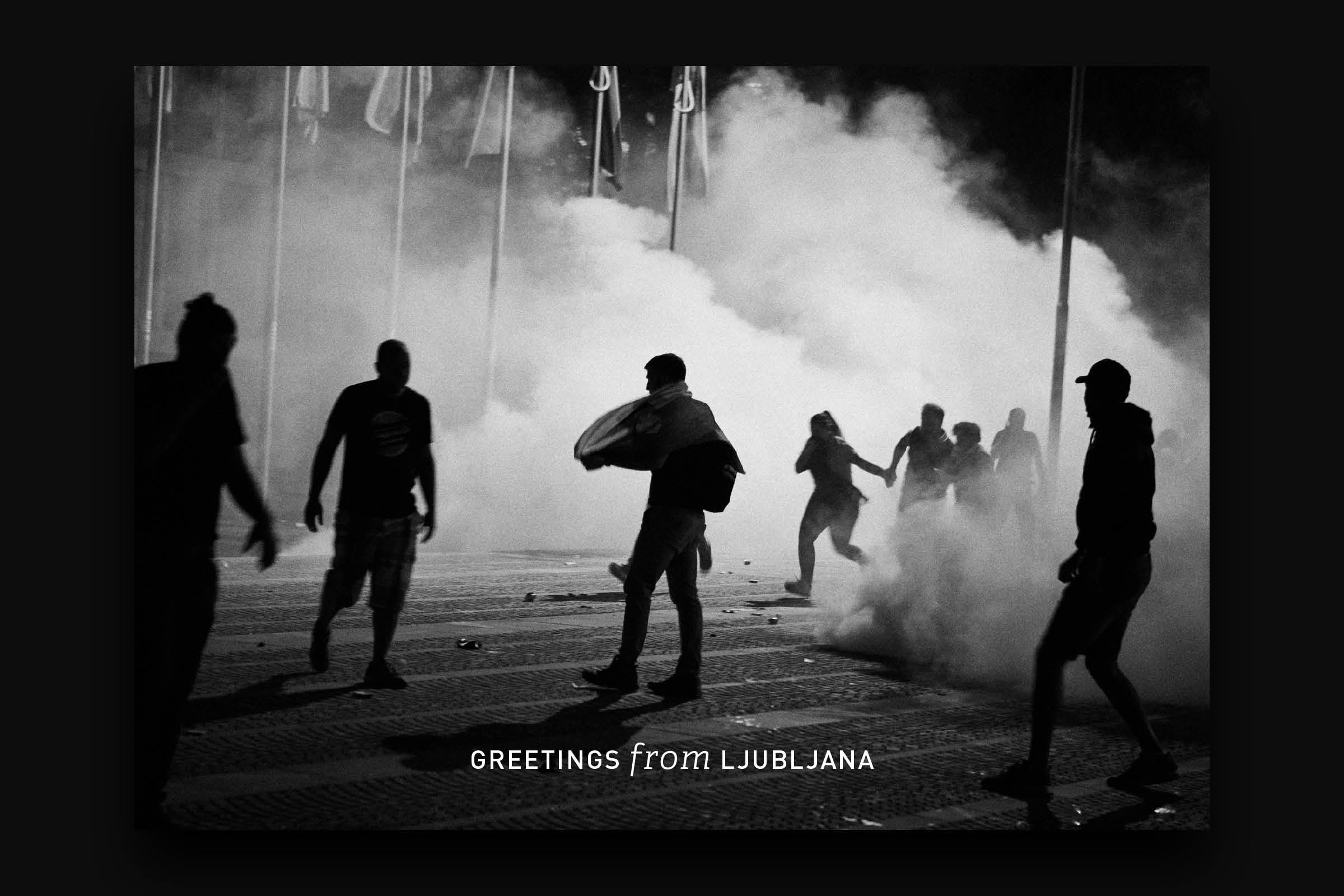 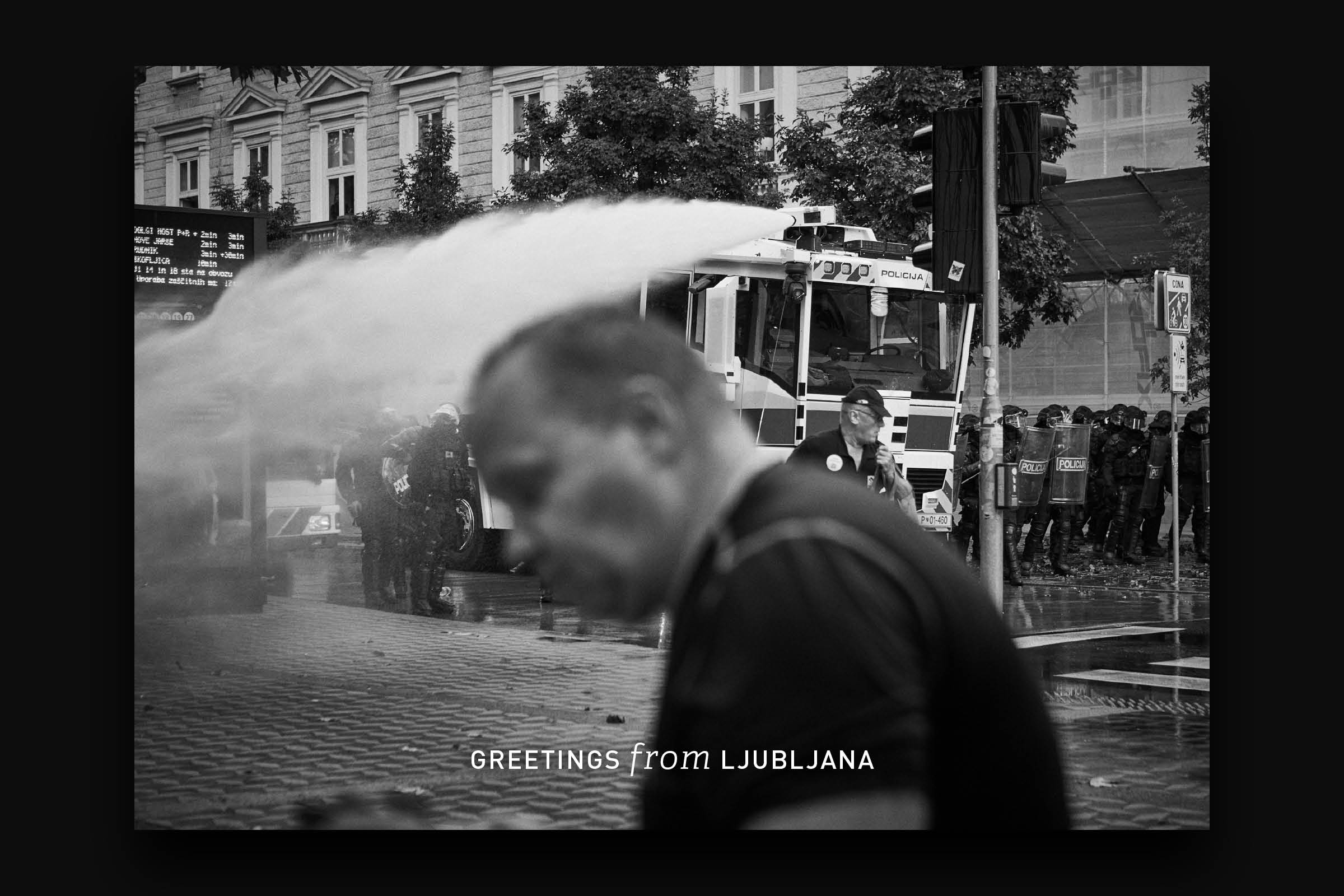 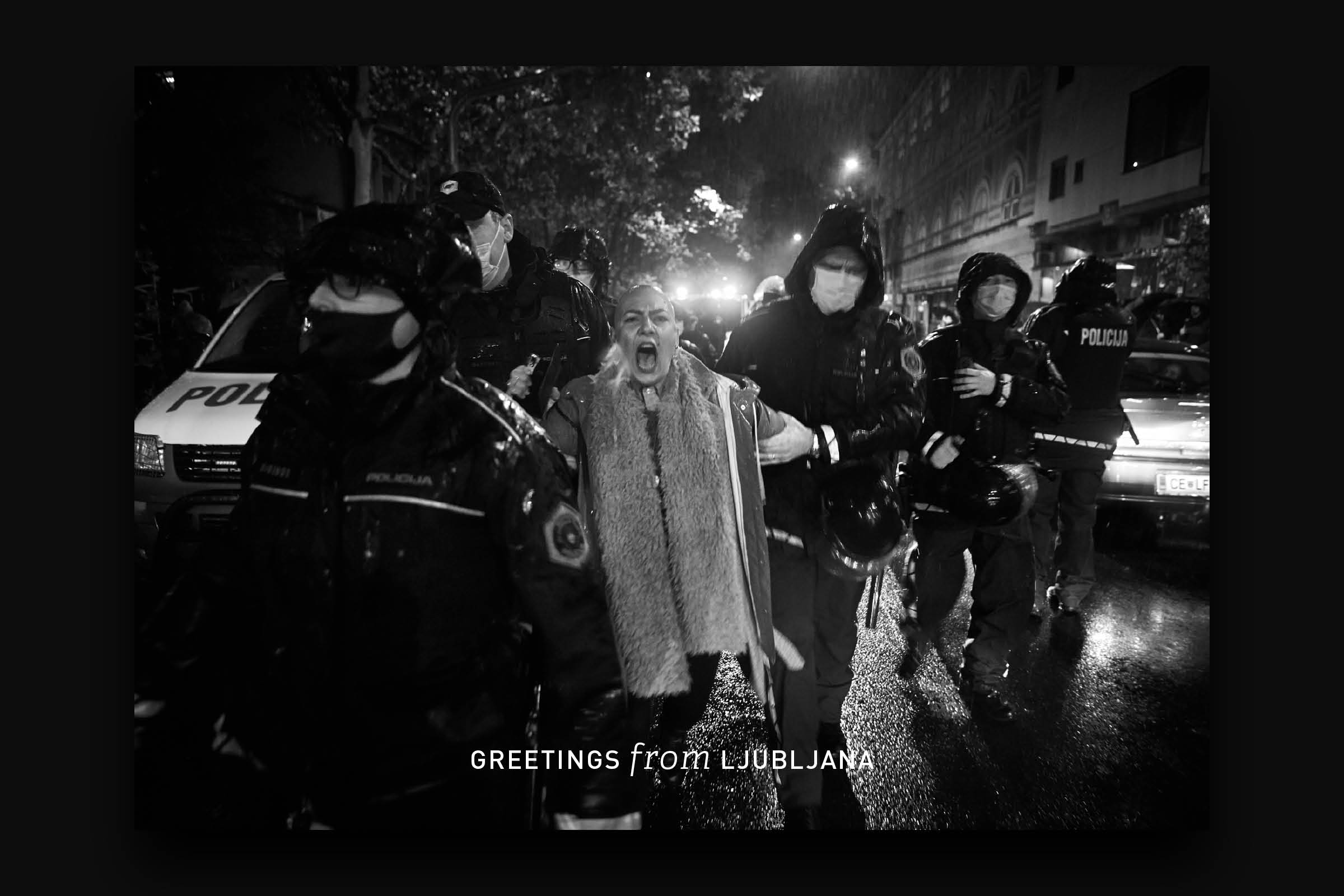 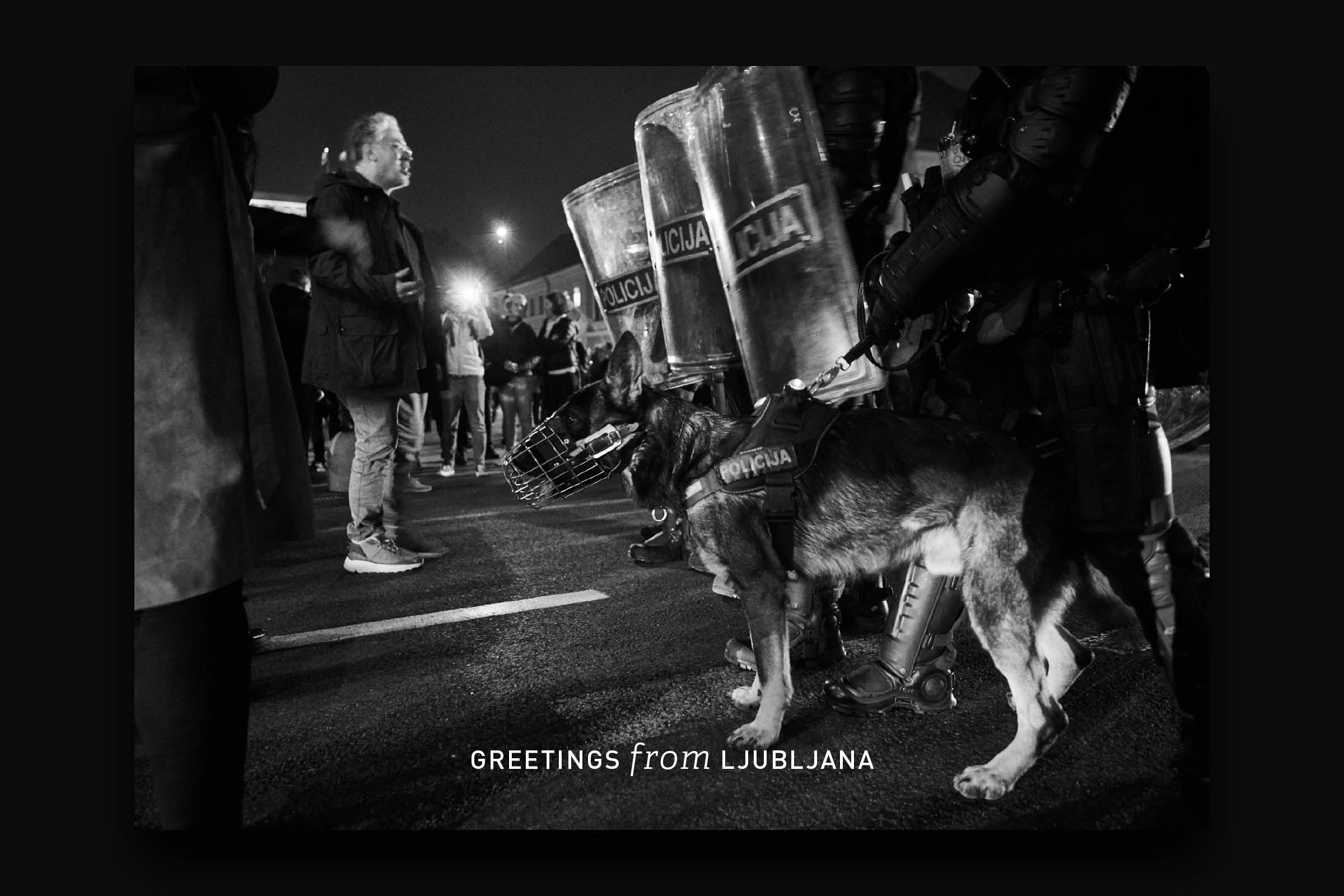 Always look on the sunny side of the Alps…

In the anticipation of political change the project Greetings from Ljubljana is a silent witness of erosion of humanism, values, even the rule of law that evaporated in the matter of months.

Police violence, beatings, intimidation, arrests, teargas, pepper spray, rubber bullets, water cannon, police dogs, police on horseback, police helicopters, surveillance, riot police, police’s verbal threats and written fines are the tools used against the peaceful protesters, journalists and unassuming citizen and tourists including children and elderly. The project Greetings from Ljubljana has been documenting Slovenia’s uprising against the iron fist of the political will to break and destroy the right to protest by way of police state.

The extreme right-wing government which had ruled for two years between 2020 and 2022 all but eroded the rule of law, free speech, freedom of information, values, even humanism back to the times of some previous eras. But the political elite have underestimated the citizen’s uprising—the largest and longest in the history of Slovenian independence. The evidence from the events are incriminating those decision makers who perpetrated undemocratic acts over the citizen. They are to be held accountable for their willing aggression and illegal actions against the citizen they were suppose to protect and work for.

In the form of postcards the project Greetings from Ljubljana depicts 8 violent moments when the police instigated riots during the autumn of 2021. Postcards are sent with warmest (or warning) regards to relevant local, national and international institutions concerned with culture, education, politics, and alike.